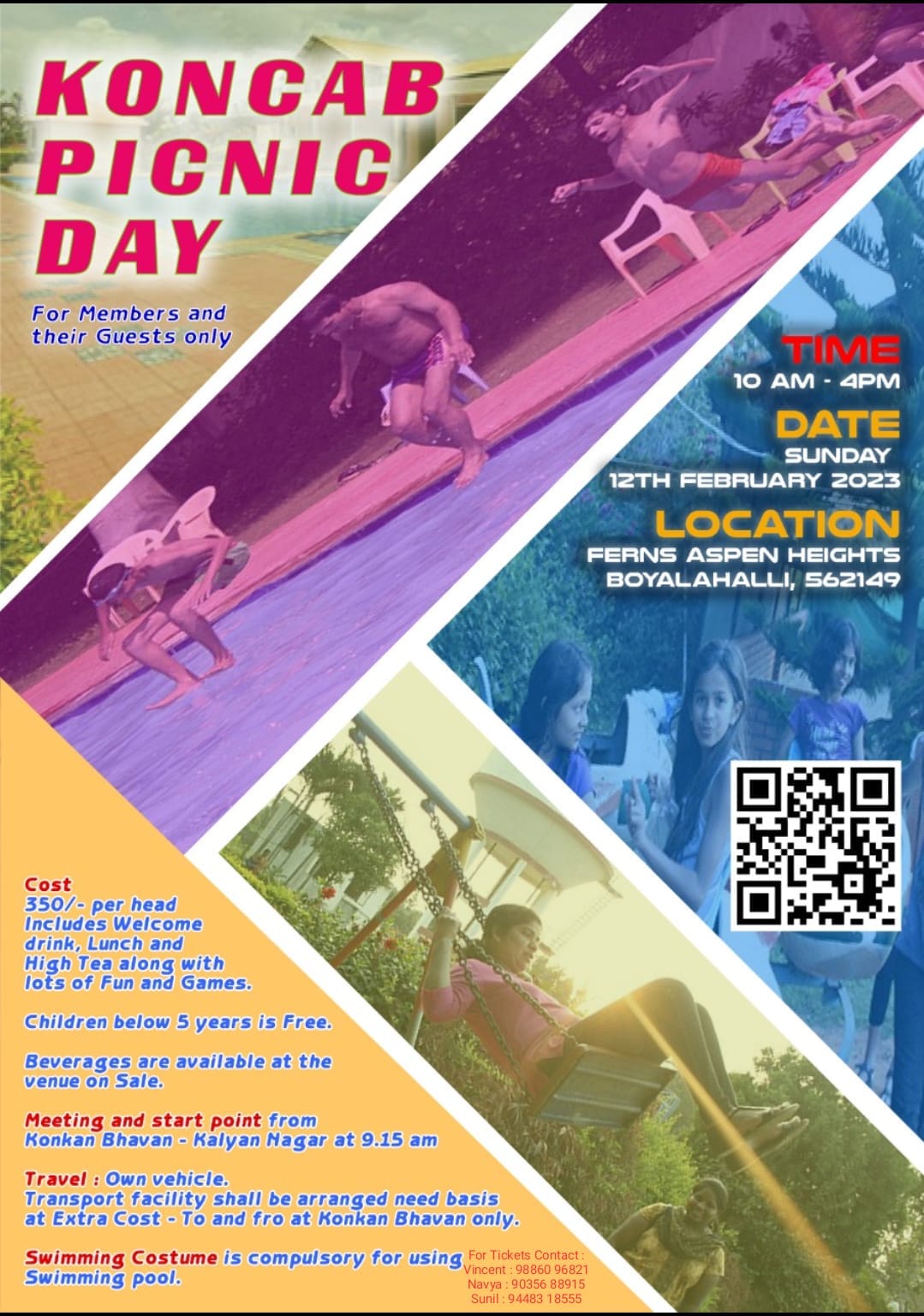 Koncab brought along the Christmas spirit with the Annual Christmas Tree event that was organised on 19th Dec at the Konkan Samudai Bhavan, Bengaluru. The members started trotting in around 6.30 in the evening and were seen eagerly meeting and greeting fellow members after a hiatus of two years, since the previous program had to be canceled during the last Christmas season owing to Covid restrictions. Mangalore based band “Winds and Keys” lead by Dolwin Kolalagiri, Sandesh Babanna and Reuben Machado kept the early birds among the audience entertained with their musical talent. 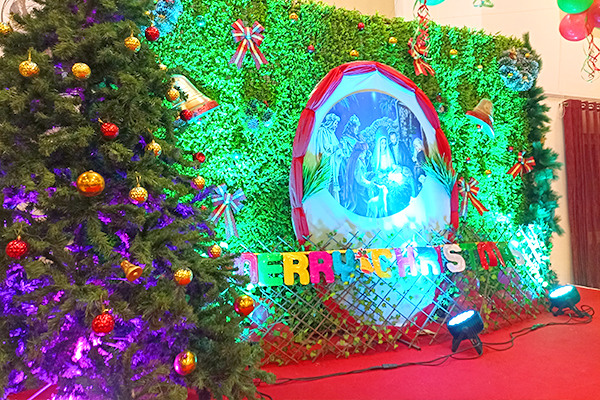 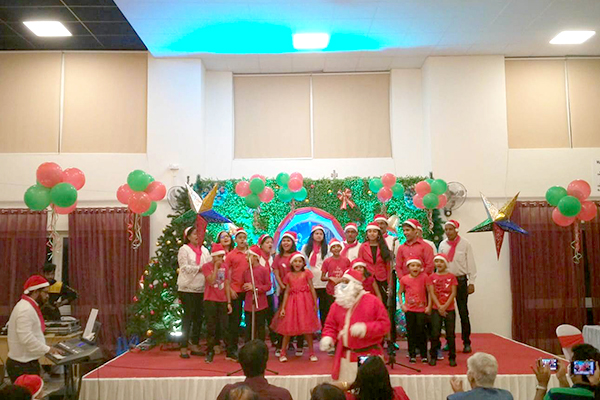 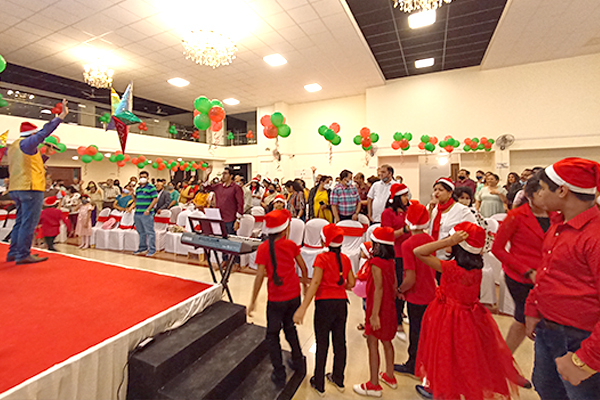 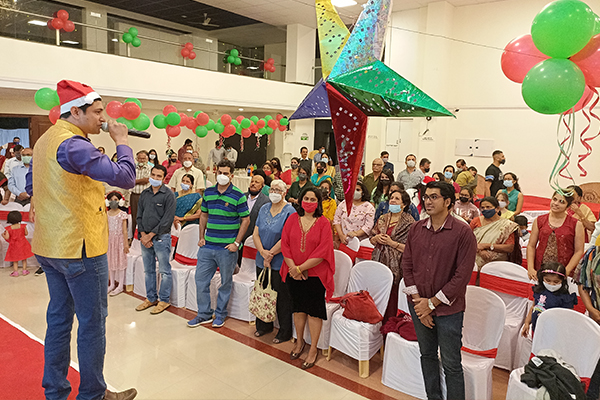 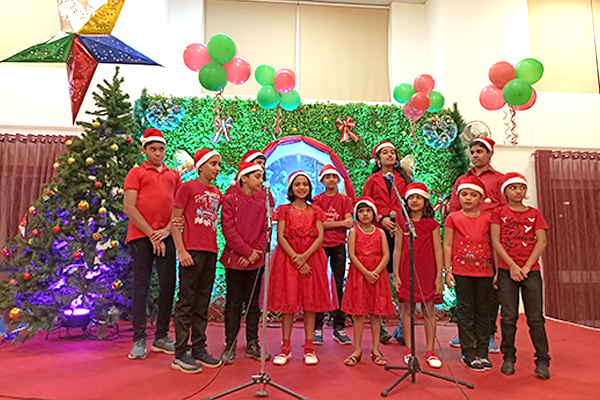 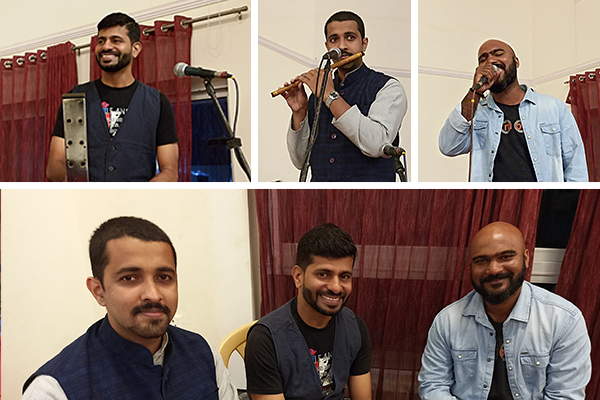 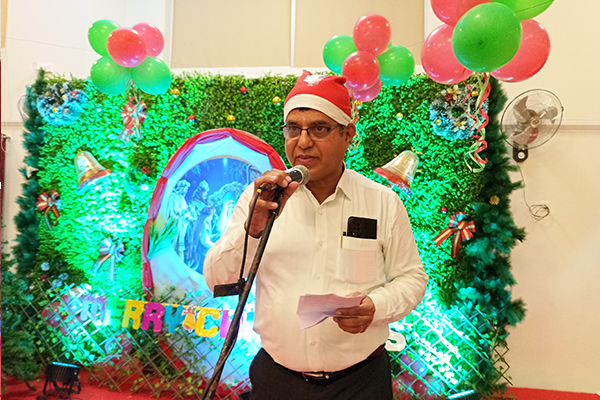 The formal program began at 7.15 p.m with a short prayer lead by Jhonas D’Souza. The Koncab kids got into a jig as they sang the carols melodiously, to the music played by Sharel Pinto. Following this, the youngsters and young at heart from Koncab got into a beautifully presented medley with Kevin playing the keyboard. The tots too joined in to conclude the carol singing, by wishing Feliz-navi-dad, to all present. Steven Vaz, a member from Kuwait who arrived as Santa Claus, entertained the children and distributed chocolates to them. Next in line was a group dance performed by the Koncab kids to the beats of Christmas songs which was enjoyed by the audience and received a thunderous applause by everyone present. The dance was choregraphed by Sharmila D’Souza.

Koncab President Vincent D’Souza welcomed everyone and gave a glimpse of the events planned and thanked the Executive Committee and all the participants for their support during his Christmas message speech. The Christmas Hamper loaded with goodies, was seen doing the rounds, with members having to guess its weight. Finally, Sheryl D’Silva came out as a lucky winner, by not only guessing the correct weight but also beating three other members who had also guessed the correct weight of the hamper. The Grand Christmas Tambola was rolled out next with much enthusiasm and Col. Alexis Pereira won the full house and took home the big prize money. There were spot games organized, that were a fun to watch and many prizes to take home. The members were also seen patronizing the stalls, that were selling Christmas delicacies. 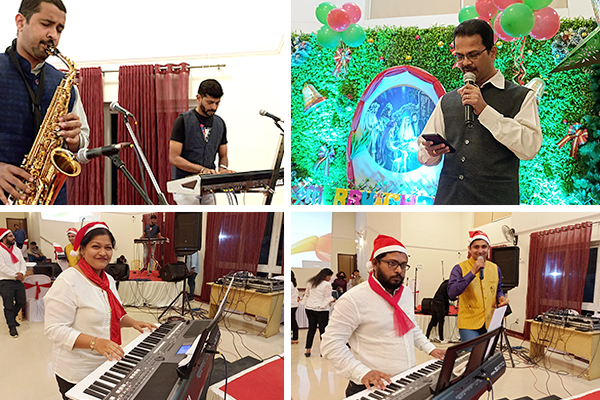 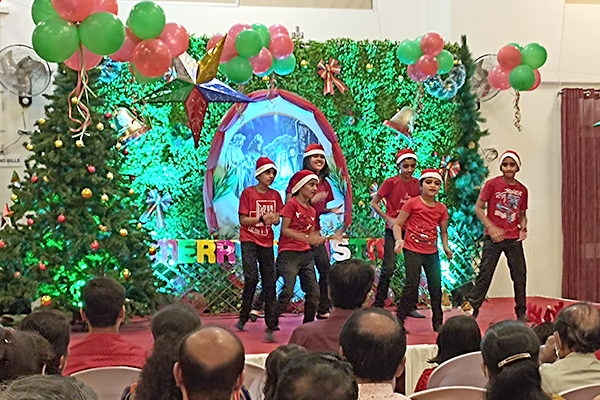 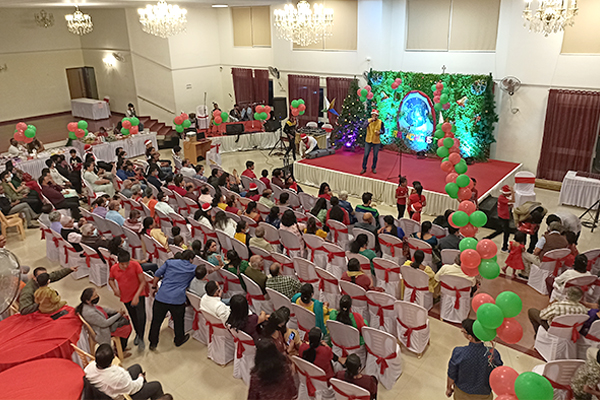 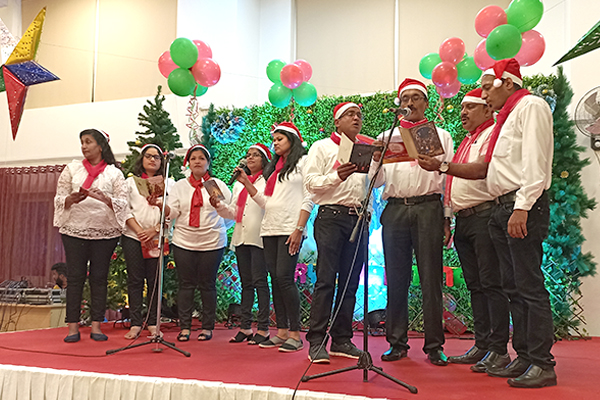 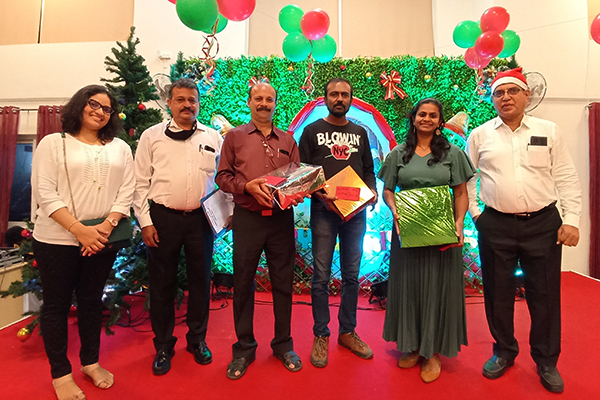 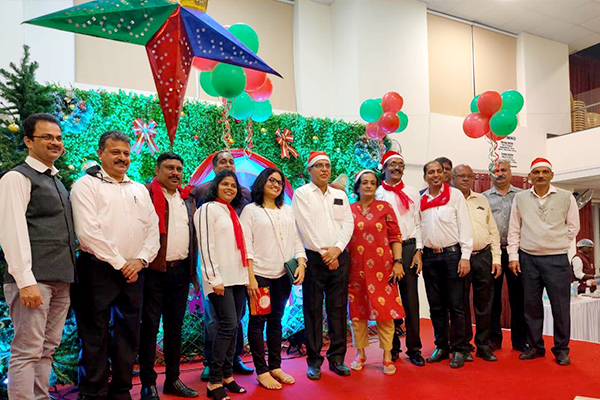 The band “Winds and Keys” mesmerized the audience with their wonderful talents on wind instruments like a collection of flutes, sax, harmonica and the melodica. In the end the band brought the members to their toes and many were seen swaying to the music with their best steps and to the rhythm of baila music and other dance numbers. Sumptuous Mangalorean cuisine was served by Reliable Caterers. Well known Emcee Kiran D’Souza known for his compering skills, unfolded the series of events lined up for the evening, for the members.

There was a crib competition held for the members and many entries were received. The jury from Koncab visited each of the participants to access their cribs on various criteria like presentation, innovative ideas etc. The video recordings of the cribs were displayed and put forth for voice voting by the members present. The winner was declared based on the jury points and well as the voice votes received from members present at the Christmas tree event…Priya and Praveen emerged as winners of the competition and were pressed the Koncab Christmas Crib award 2021.

As the Christmas Tree evening came to an end, Koncab Secretary Navya Monteiro proposed the vote of thanks and expressed her gratitude on behalf of the Koncab committee to all those who supported and contributed to making the event a grand success, especially the cultural committee lead by Koncab cultural secretary Sunil D’Cunha. The program was well attended by Koncab members and guests, who took home fond memories of a spirited and memorable evening to celebrate the coming of the Lord. 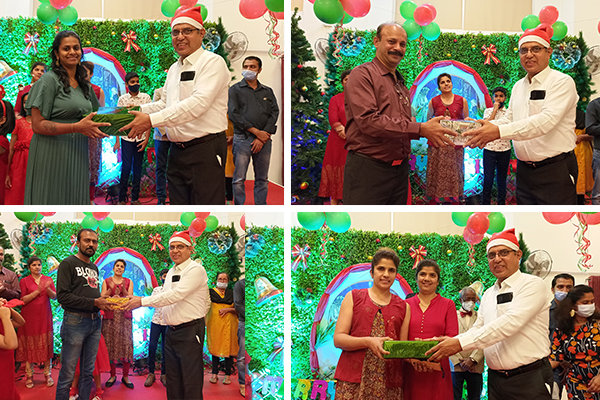 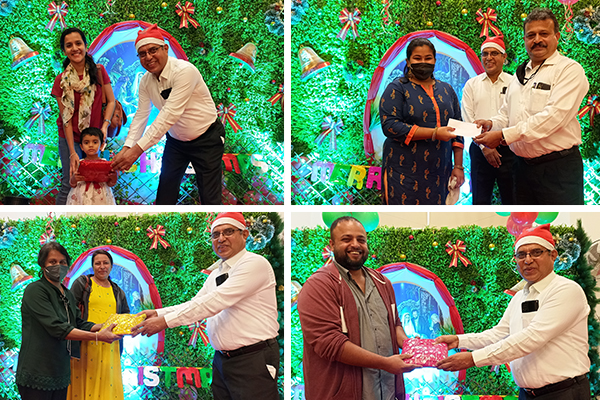 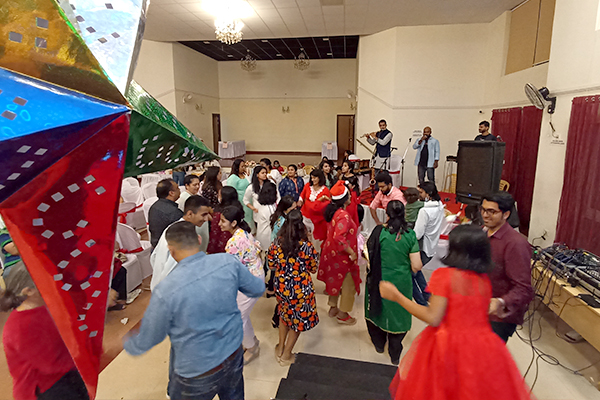 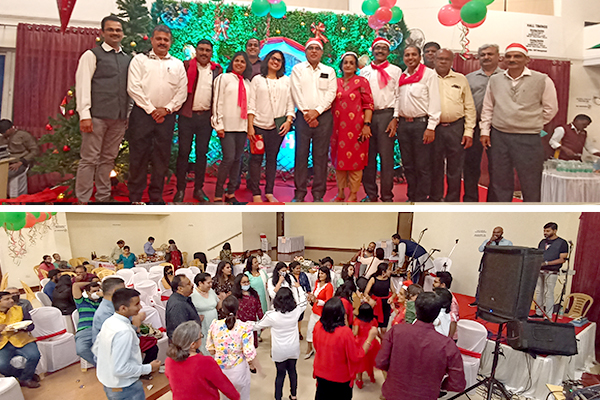