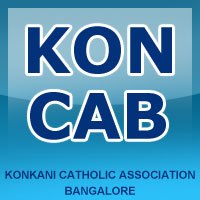 KonCAB (KONKANI CATHOLIC ASSOCIATION, BANGALORE) as acronym, lovingly christened by the founders in the year 1991, triggers a sense of activism like never before, amongst Konkani Catholics. It brings a sense of pride, of being a united community, spiritually first, socially and linguistically next.

It all started on a Gandhi Jayanthi day in Jyothi school premises in Kammanahalli, by a bunch of zealous young and young at heart Konkani Catholics, residing in and around north east Bangalore. What started as an association, is now an extended large family, growing beyond the boundaries of Bangalore, and has over 600 families registered. The Association itself is a registered body in the state of Karnataka.

KonCAB, in its action plan has dynamism inculcated in all wanted spheres of reviving Konkani traditions, bonds of love and family values, collective socialism, sports and sacrifice. The signature feature of KonCAB is the team spirit which is imparted in all the elected committees. Year after year this is exhibited and supported by all the office bearers. Therefore one can witness a distinct style of functioning of the working and management committees.

One of the popular activity stared by KonCAB was CTBT- Cricket And Throw Ball Tournament, an annual event which, in Bangalore, became a milestone in bringing all similar Konkani associations together with spirit of sportsmanship. Currently another talent search cultural fete known as KALANJALI, brings to the fore, young and all talented at one umbrella. Retreat in Konkani, celebration of ‘Monti Fest’, Carol singing,  Yuva Milan and New Year ball are worth mentioning. Also, participates in all Federation (FKCA) activities.

It was indeed a proud moment for KonCAB when it represented Bangalore in KONKANI NIRANTARI, a marathon singing for 40 hours which ultimately created a new Guinness World Record. KonCAB in its endeavour to have a building of its own for the benefit of Association and to the Konkani Community, has bought a piece of land near Kammanahalli, Bangalore and successful in building own community hall Konkan Samudai Bhavan.

On the Gandhi Jayanthi day, on October 2nd 1991, at Jyothi School Kammanahalli, a very humble gathering of like-minded Konkani Catholics residing in and around north east Bangalore triggered the formation of KONCAB with the purpose of a new concept – being in acquaintance with each other. All that was required to make a great recipe for KONCAB beginning was some senior wise and folks, who had the urge to contribute for the Konkani cause and some zealous young men and women, who were eager to mingle for the Konkani brotherhood. An informal committee of interested and able to serve people was created during the same meeting. Aims and objectives of the Association were in sync with Konkani speaking Catholics residing in Bangalore.
Ideas flew, actions began and registration of the Association was in progress. It was the age of postcards, inland letters, and if you were lucky enough you had a BSNL landline phone connection. But the biggest communication mode was word of mouth, and one would virtually feast on every opportunity of meeting and talking to each other. By the year 1992, the Bye laws of the Association were formalized with the Registrar of Societies. 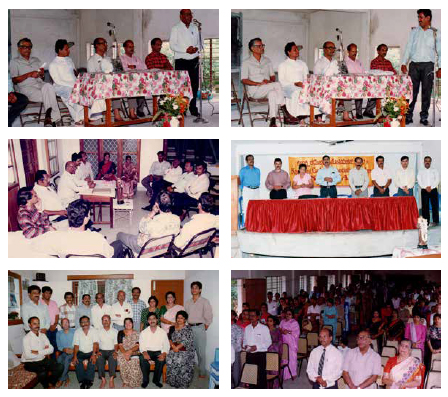 Formal working committee of KONCAB would meet at least once in a month in one of the Committee member’s house and sometimes more often because, “meeting was a pleasure” but working on a novel idea was luxury.
Konkani culture from the regions of West coast to Malnad was always enlivened by the Association for all the member families. Although Monthi festh was already an established cultural and spiritual annual event, it would have a formal Konkani cultural status in Bangalore at Holy Ghost Church in Richards town. The event catapulted to a greater magnitude of Konkan grandeur.
The committee would propose regular social, charitable and cultural activities for the Association member families and thereafter implement such programs. Some of these programs and achievements recollected are: 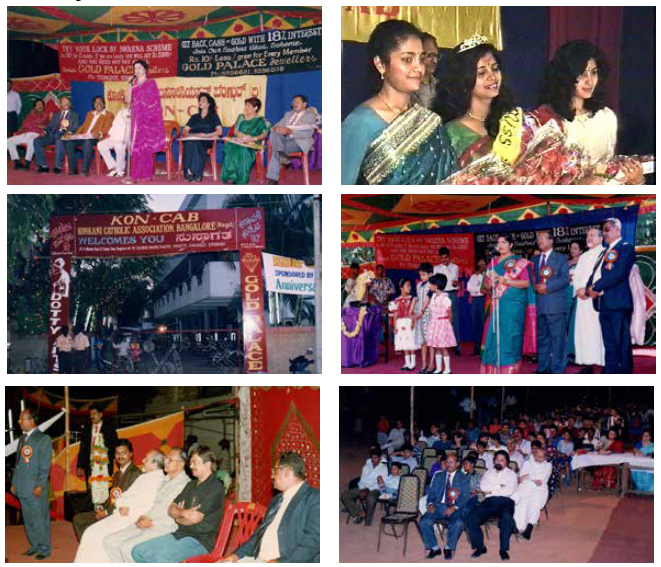 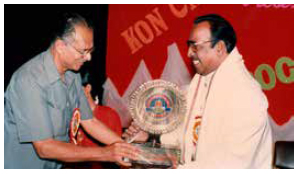 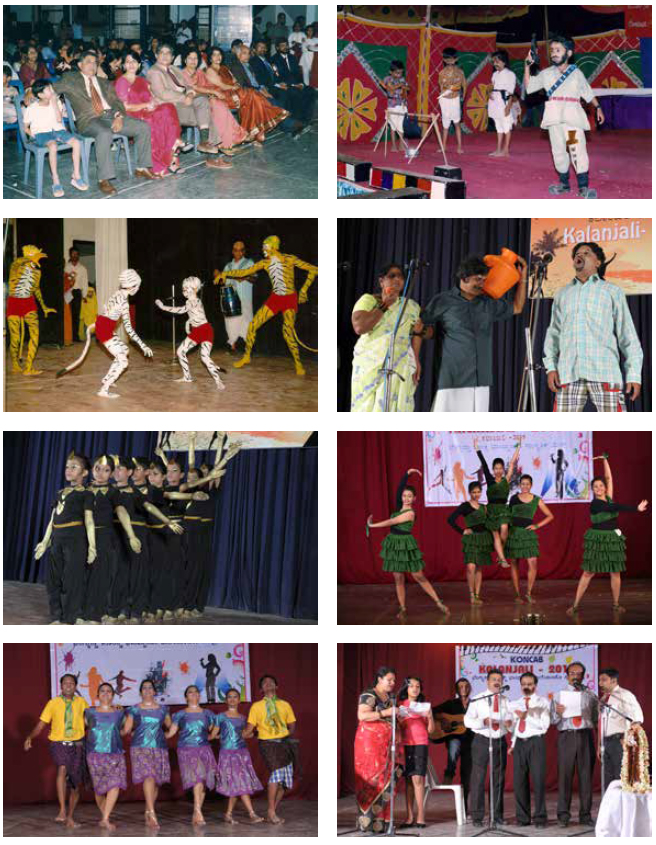 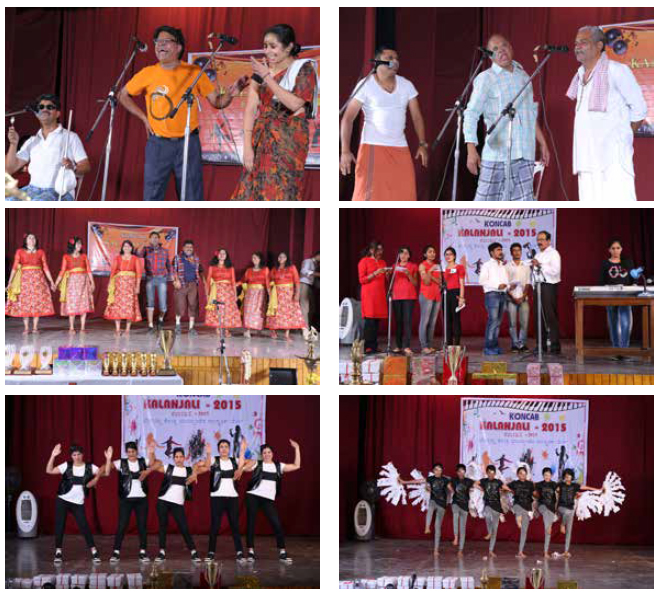 To keep up with the age of internet, KONCAB launched its website www.koncab.com to share the updates, events and other details with its members. 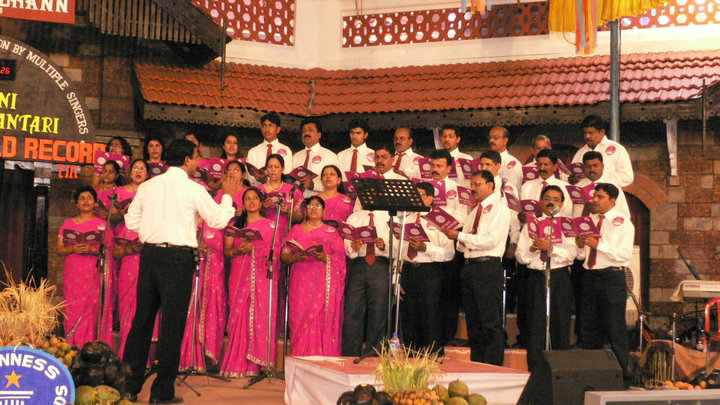 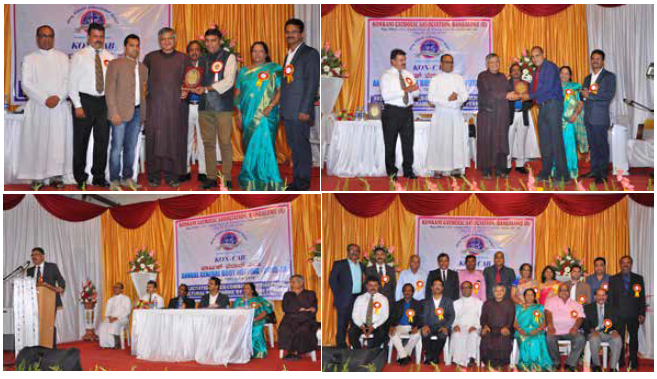 In our pursuit to have our own office, with a great foresight KONCAB bought a piece of land near ring road in Kalyananagar in the early years. Later, together with Kanara Catholic Association (KCA, Bangalore) we formed a Trust called Konkan Welfare Trust (KWT) and went ahead with a first of a kind project to build a Community hall for the benefit Bangalore Konkan Community and hostel facility for the Mangalorean Konkani people coming to Bangalore in search of jobs, studies etc. We are proud to say that with the help of several generous hearted people and major patrons like Mr. Ronald Colaco and Mr. Leslie Fernandes and through the outstanding leadership of Mr. Ronald Colaco and his son Mr. Nigel Colaco the KONKAN SAMUDAI BHAVAN building has been completed and open for bookings for the public. 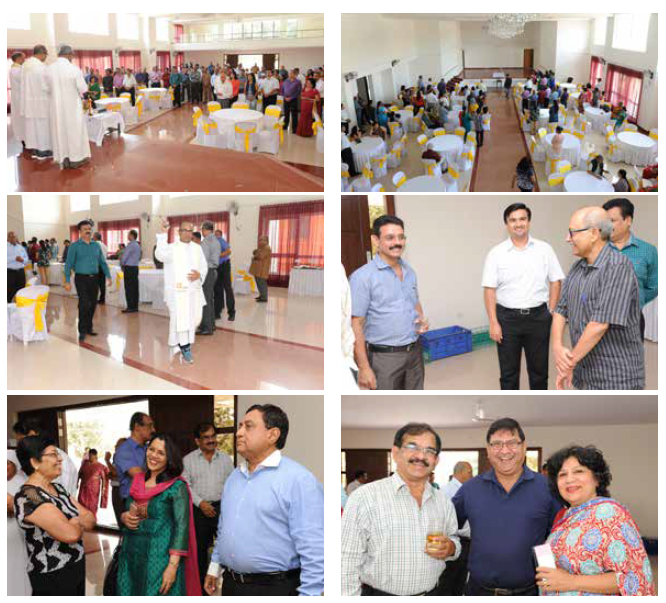 Today, with its strength of more than 600 members, KONCAB feels blessed and proud to celebrate the Silver Jubilee year. As much as its members, the Executive Committee of KONCAB feels privileged to be part of this 25 years old, youthful and energetic Konkani Association. The seed sown by the founders, nurtured and grown by the successive Presidents, Secretaries and the Executive Committees has definitely borne fruits. It is the discipline and able management and direction given by all the Executive committees in past 25 years that has made KONCAB one of the strong and successful Konkani Associations of Bangalore.